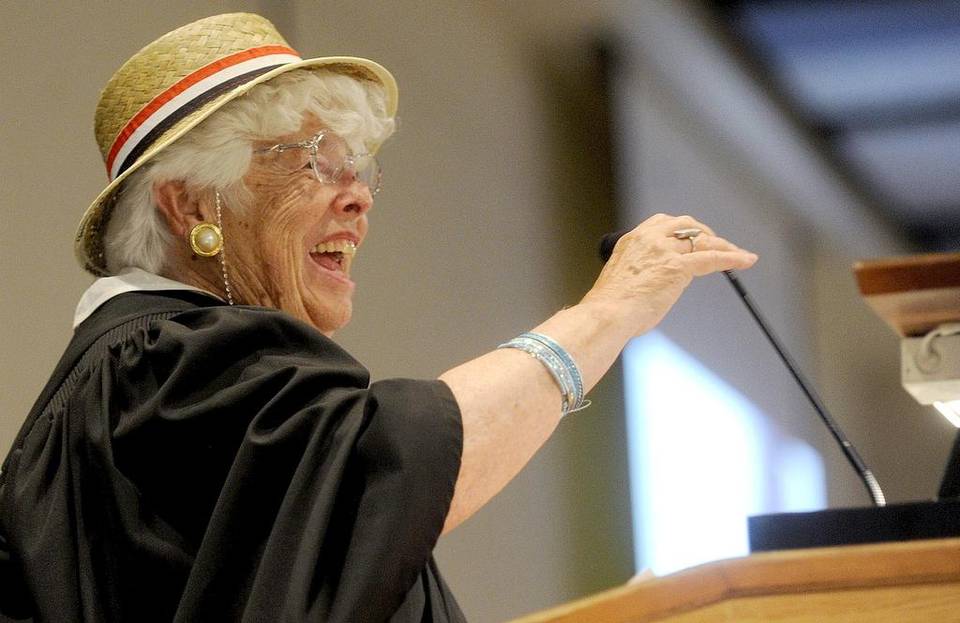 The following article was the “Good Life” feature on Centre Daily Times on January 2, 2016.

For an ambitious few, New Year’s is all about trying to top the days, weeks, if you’re lucky, maybe even decades, that came before. For Maralyn Mazza, that could prove harder than most.

Mazza founded the South Hills School of Business & Technology with her husband, Paul, in 1970 and only recently retired as the president of the institution, which is now presided over by her son, Paul Mazza III.

Retirement doesn’t seem to be slowing her down much. Mazza seems as determined as anyone else to make the most of 2016.

Find out what keeps her inspired below.

Q: What time does your alarm clock go off?
A: I do not use an alarm clock. I am an early riser.

Q: When you were a child, what did you want to be when you grew up?
A: I wanted to be a professional Girl Scout. I did become one after college, when I was about 24.

Q: What do you want to be now?
A: A grandmother par excellence. I want to help my children all I can.

Q: If you could take one class at South Hills School of Business & Technology, what would it be and why?
A: I would learn more about using computers, because I use one everyday.

Q: What was your first job and what career lessons did you learn from it?
A: I was a YWCA director of teenage activities in Manchester, N.H. I developed new leadership skills because I had to do everything to make things happen.

Q: Do you remember the best piece of advice that you’ve ever received?
A: One is, “Don’t let anyone rain on your parade.” Another is, “If you promise something to someone be sure and follow through.”

Q: What has been your proudest achievement?
A: Raising six children, who have raised 15 grandchildren. Developing a business school that really helps people get good jobs.

Q: Who or what inspires you?
A: Women in leadership positions — Phyllis Crabtree, of State College, my first Girl Scout leader.

Q: Do you have any New Year’s resolutions?
A: Just to keep going and enjoy life to the hilt.

Photo credit: Maralyn Mazza is honored as the graduates presented her with a skimmer hat in memory of her husband, Paul, during the South Hills School of Business and Technology Commencement on June 28, 2013 at the Penn Stater Hotel. Abby Drey, Centre Daily Times, file