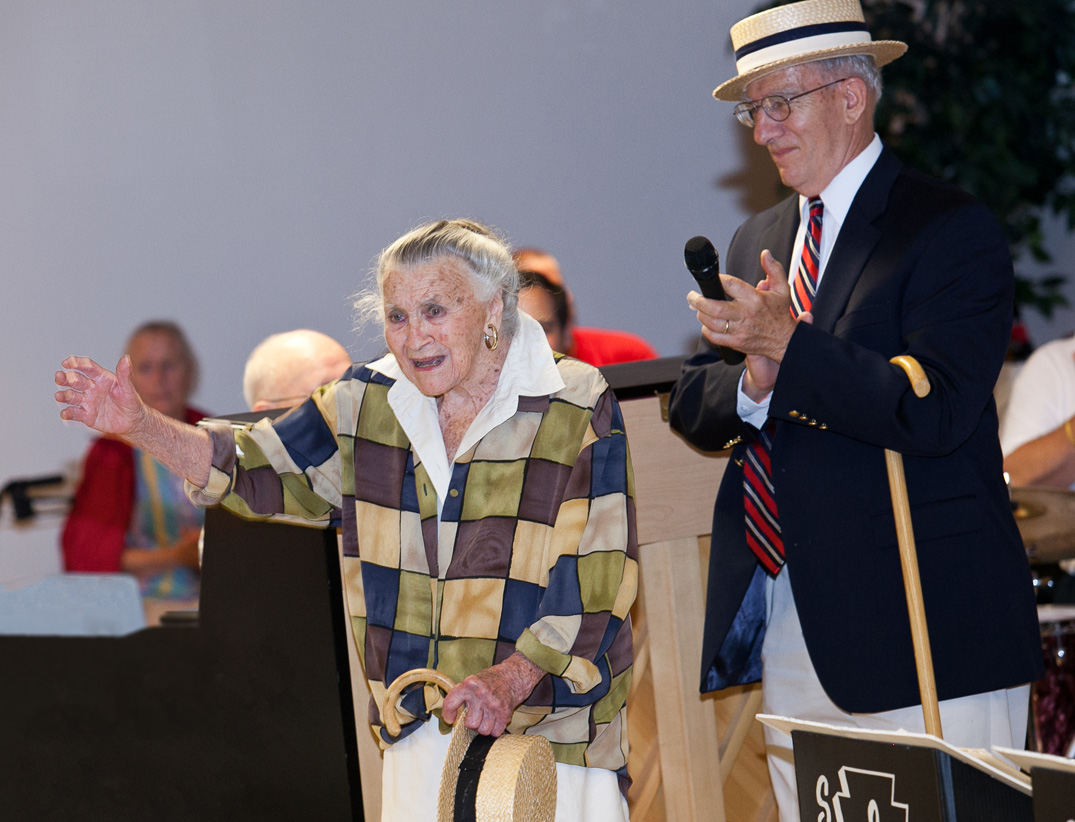 The late Grace Holderman, vaudeville performer and longtime friend of the Mazza family, is seen here with the late S. Paul Mazza Jr., founder of South Hills, at a celebration for her 99th birthday in 2011.

STATE COLLEGE -- South Hills School of Business & Technology will open the 28th season of its Summer Music Picnic Series on Sunday, June 4, 2017. Rain or shine, the community is invited to bring their lawn chairs and picnic baskets, to casually sit back and listen to the distinctive barbershop harmony from the award winning Altoona Chorus of Sweet Adelines.

At this year's opening event, warm tribute will be given to the late Grace Holderman, one of the Music Picnic Series’ first performers, who brought her vaudeville act to South Hills’ summer stage in 1989. Centenarian, longtime friend, and resident of State College, Grace continued to bring her matchless style of song, dance, and comedy to the stage even as she reached into her early 90s. With full costume, hats, and props, she was joined onstage by her daughter, Vinnie Holderman, and friend, Ray Fortunato. 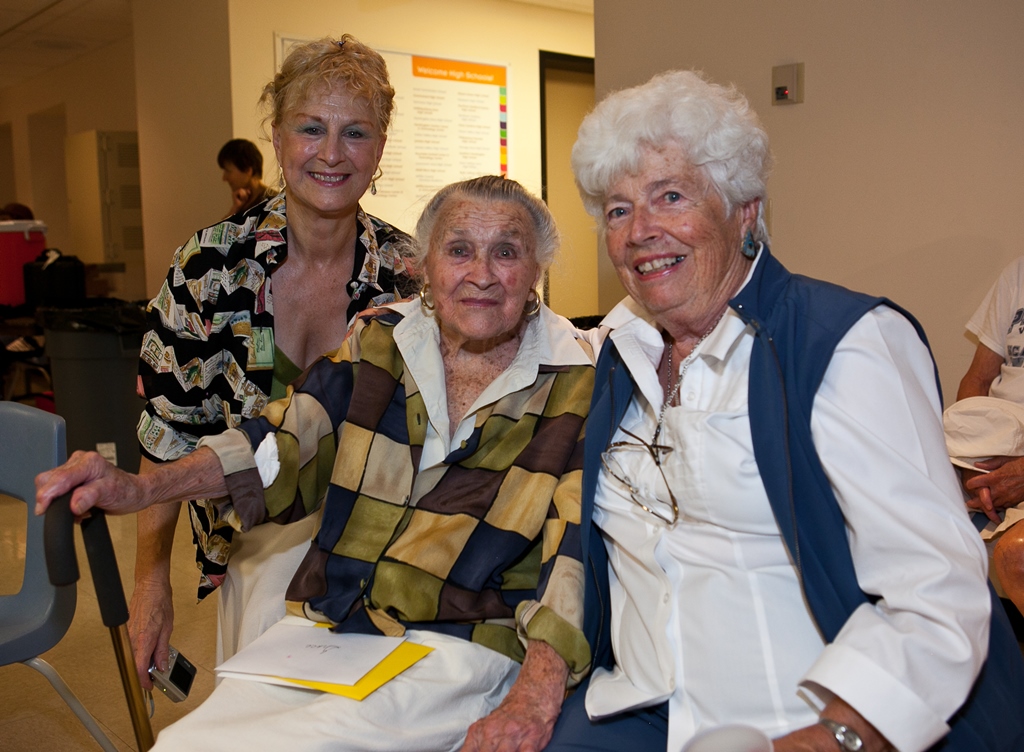 The late Grace Holderman (center) is pictured here with Maralyn Mazza (far right), co-founder of South Hills, at a celebration held at the South Hills main campus in State College in honor of Mrs. Holderman's 99th birthday in 2011.

Grace Holderman passed in 2015 at the age of 102, leaving behind a legacy of community involvement as a Penn State Thespian and tap dance teacher to countless numbers of children in the Centre region. Her friends at South Hills School will present a memorial gift in honor of this outstanding lady at the June 4 summer picnic. 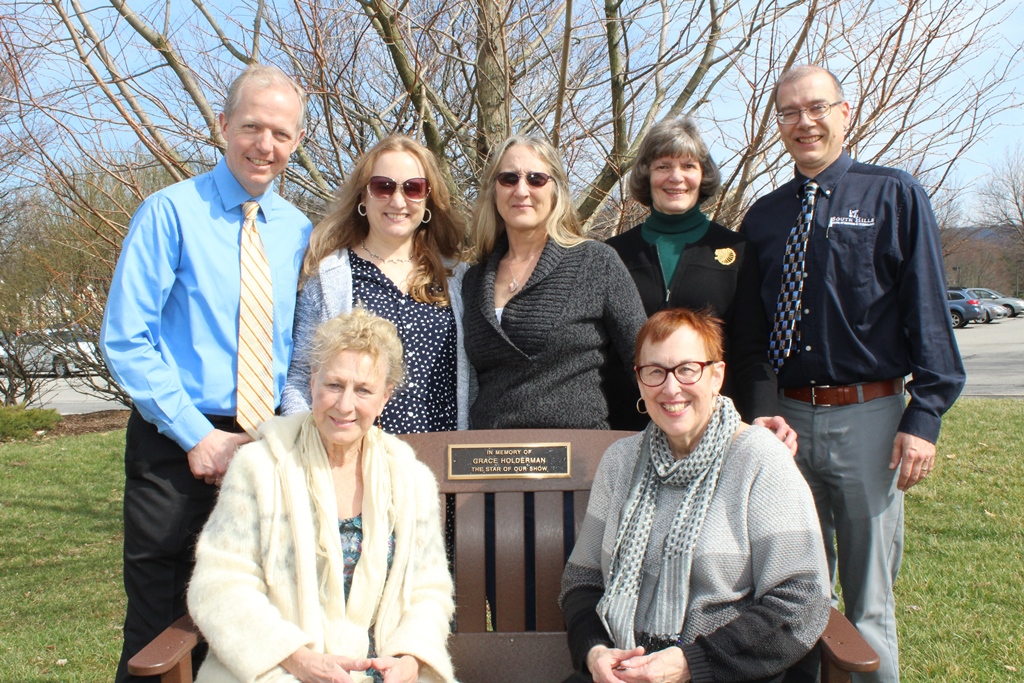 Family members and friends of the late Grace Holderman are shown with S. Paul Mazza III (standing, far right), President of South Hills. Mrs. Holderman will be memorialized at the main campus of South Hills in State College with a bench bearing the inscription, "In memory of Grace Holderman, the star of our show." It will be presented on June 4th, when the 28th annual Summer Music Picnic Series opens for the 2017 season.

The community is invited to join the casual fun and free concert performances which are provided Sunday evenings June through August at South Hills’ Summer Music Picnic Series, 480 Waupelani Drive in State College. Picnic time: 5pm. Music: 6–7:30pm. Lemonade is still 1₡ a glass, and the snack bar will sell hot dogs and other picnic fare for attendees.

The summer-long series of concerts are sponsored by The Mazza Foundation for Education. They are typically held in the band shell on the school’s front lawn in State College, but events are moved inside the school when it rains. Check out this summer’s entire lineup at www.southhills.edu/music.