DMS Students “Sock It To Cancer” 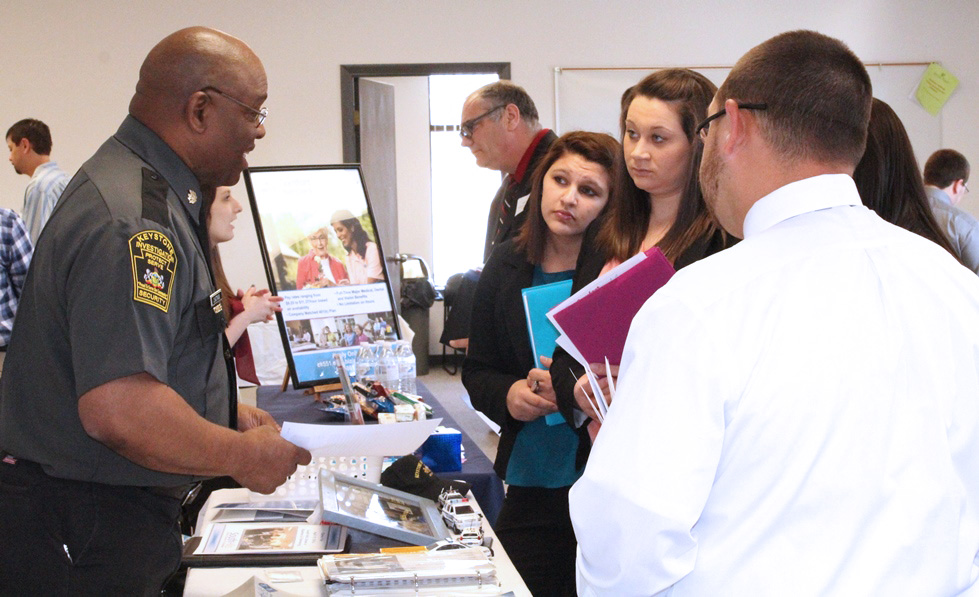 ALTOONA — Dressed in professional attire with résumés in-hand, students at the Altoona campus of South Hills School of Business & Technology networked with a large assembly of business representatives at the school’s annual Career Fair. The event was arranged by Hope Ray, Career Services Coordinator, and held at the school’s main administrative building at 541 58th Street in Altoona.

South Hills is a post-secondary institution that provides two-year training for a variety of in-demand careers. Therefore, both first- and second-year students took advantage of the day’s opportunity to design their futures as they exchanged handshakes and résumés with recruiters from over 35 Blair and Cambria County businesses.

With the Network Career Fair theme being “College to Career,” Hope Ray said she was pleased with the results of the event, because many business representatives accepted résumés with the intention of hiring South Hills’ graduates for full-time employment. “I could not be more pleased,” Ray stated, “because the day’s objective was met for many of our upcoming June graduates and those seeking summer internships.”

Criminal Justice major, David Musselman of New Paris, was one of many students who found the Network Career Fair not only informational, but also quite productive. As a second-year student, Musselman secured an internship at the event with Keystone Investigation of Hollidaysburg, PA.

The Network Career Fair was useful for both the student and area businesses and agencies alike. Michael Mirabella of the PA State Police Bureau of Liquor Control Enforcement has attended many South Hills Network Career Fairs and always finds them positive and beneficial. His division is currently looking for qualified personnel to work within the Age Compliance Check Program and has always found eligible job candidates at South Hills Schools.

The Altoona campus of South Hills School of Business & Technology recently held its annual Network Career Fair, with 36 area businesses and organizations in attendance. Networking, handshakes, and résumés were exchanged as students explored the broad range of opportunities for internships and future employment. Bernard Chapman of the Keystone Investigators is shown talking with South Hills students Mariah Good, Alyssa Boyles, and David Musselman.