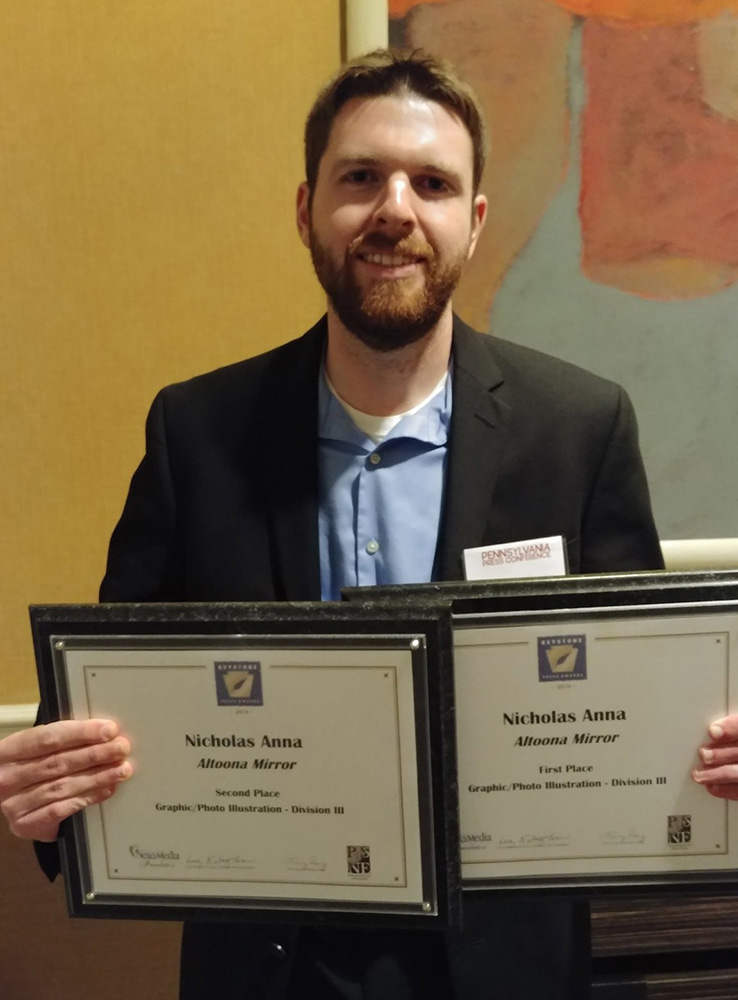 “You will be pushed to your limits in this field, but take it in stride and know that, with the time and effort you put into your work, it will make you a better designer in the long run.”

2012 GA alumnus, Nick Anna, recently won two major design awards for work created as a Graphic Designer for the Altoona Mirror. SHINE caught up with Nick recently and asked him about the accolades.

Q: It is wonderful to see another graduate of our Graphic Arts program winning design awards. Tell us about your recent “wins.”

Nick Anna: The awards that were given out are known as Keystone Press Awards, which are presented by the Pennsylvania News Media Association at their yearly conference. The awards recognize excellence by individuals in the news media profession. Although the Keystones are primarily for journalists, designers and photographers are also encouraged to submit work for consideration. My awards were in the Graphic/Photo Illustration category of the contest, meaning that a graphics package, illustration,or stand-alone graphic can be entered.

Q: How does it feel to know that out of dozens of entrants, your designs took home both first and second place?

Nick: It is an amazing feeling to be awarded in both first and second place. Honestly, it took me by surprise. Being able to earn this achievement has made a positive impact not only for myself but also for the Altoona Mirror in the sense that it adds to the great work that they already do.

Q: Tell us a bit about the process that lead up to the creation of the award-winning pieces. Did you do research, sketches, what software or methods were used in creating the poster?

Nick: For the first place winner, the poster was for a special event that the Altoona Mirror had held in honor of the Philadelphia Eagles making it to the Super Bowl last year. We had over 75 people show up for a group photo in our lobby. The group photo was cut out using the pen tool in Adobe®

Photoshop with a gradient fade applied to the left and right edges of the floor to blend in with an Eagles color background. The rest of the layout was completed in Adobe® InDesign.

The second place winner was a special section front commemorating the Bellwood-Antis High School girls' basketball team’s state championship win. In keeping with a commemorative look, I researched past examples of special championship sections other publications have done to draw inspiration from as I developed my designs. I also did some sketches to determine the best way to present the team photo and the typography. For the team photo, I made two layers in Photoshop, one with the cutout of the players, coaches and students and another for the floor and seats behind to fade around to draw the focus onto the team and students.

Q: You graduated back in 2012, and are a designer at the Altoona Mirror. Was this your first job after South Hills?

Nick: I originally started at Homewaters Club, a fly fishing resort located in Spruce Creek. I was hired on part-time after graduation doing print and web design work for the resort. I also did design work for a startup known as HalenHardy, which is a company that specializes in worker safety and spill protection products.

Q: Have the skillsets and training you got at South Hills helped you in your day-to-day work at the Mirror? What were a few of the classes you find were most beneficial?

Nick: Absolutely! I feel that the education I received at South Hills has prepared me for my role at the Altoona Mirror. Some of the classes I feel that helped me the most were form & space, color theory, digital prepress, and packaging design. The group critiques and discussions that we had in class also played a big part in my work.

Q: Any advice for the incoming class of Graphic Arts students? Or the second year students as they go out on their internships?
Note: Internships are a required part of all Specialized Associate Degree programs.

Nick: The biggest thing I would say to the interns or anyone else entering this field is to “expect the unexpected.” You will encounter all kinds of different people who have different ideas and ways of doing things. Don’t get too comfortable working in one certain way and learn not to take criticism personally. Don’t be afraid to think outside the box to come up with a new idea or to solve a design problem. You will be pushed to your limits in this field, but take it in stride and know that, with the time and effort you put into your work, it will make you a better designer in the long run. 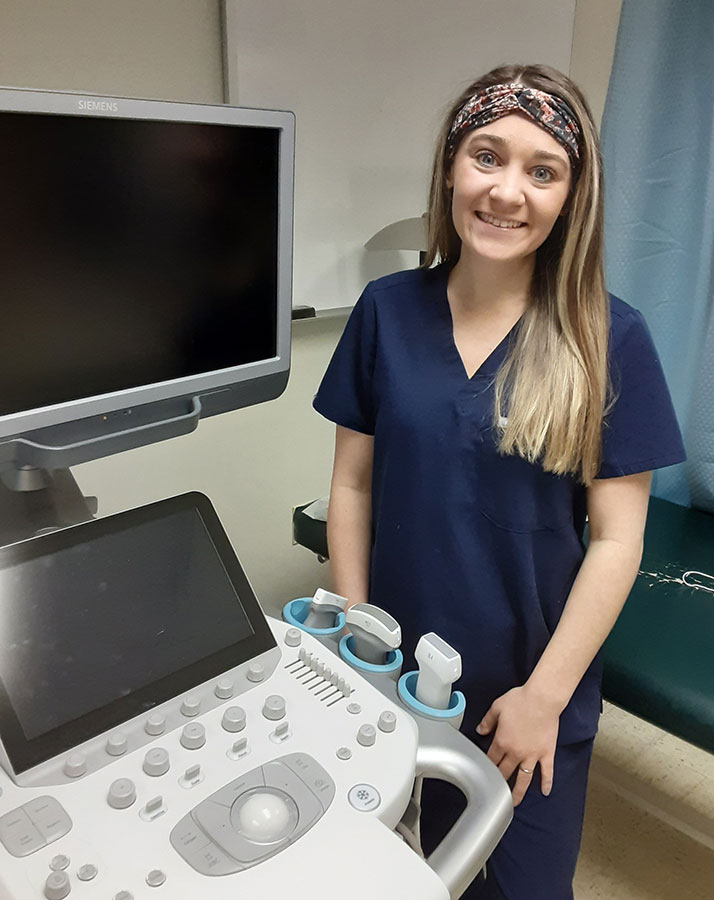