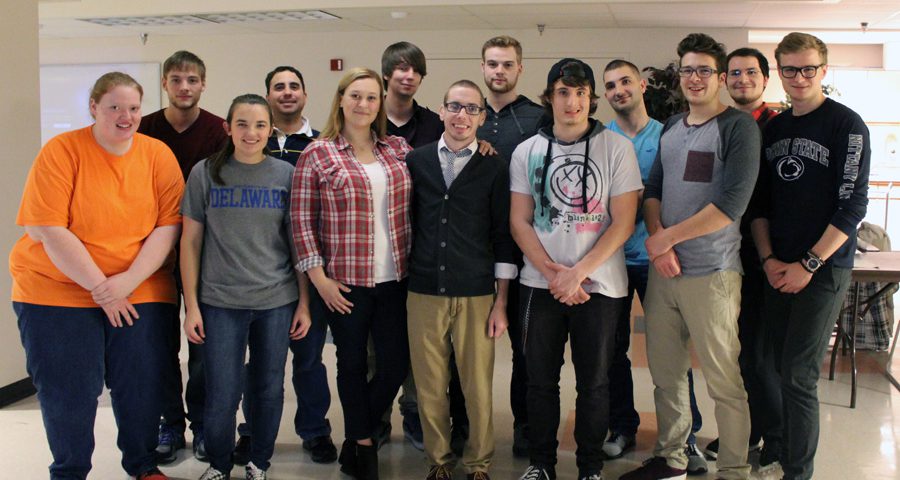 BAMM alumnus, Mike Keller, is shown here at center with his wife, Lisa, and the Entrepreneur Club members.

Mike and his wife, Lisa, made a surprise visit to the fundraiser, much to everyone’s delight. He reported that his doctors are pleased with his progress, and he’s back on track for enjoying life…in moderation, of course, until full healing takes place! Mike expressed deep appreciation for the support he has received from his extended family at South Hills.

Serafino Mazza, lead organizer, said that it was rewarding to be involved in something that has such a positive effect in someone else’s life. He thanked the Entrepreneur Club team for their cooperation in putting the event together and gave a shout-out to Wegmans grocery store in State College, who also made a generous contribution of food toward the night’s festivities.

If you would like to help Mike with his enormous medical costs by making a tax-deductible donation, please visit his personal campaign page on the National Foundation for Transplants website.