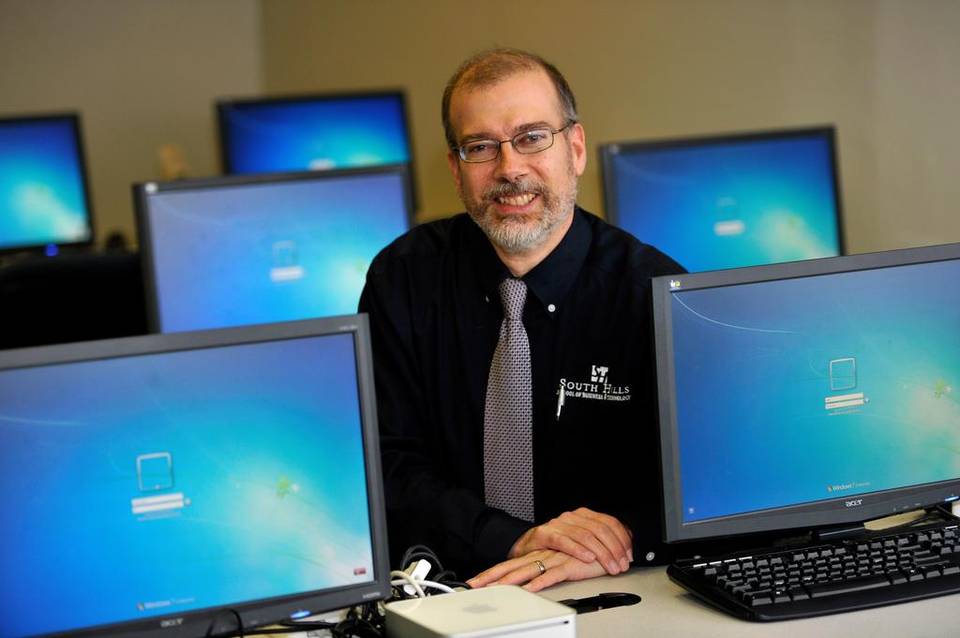 The following article was the “Education” feature on Centre Daily Times on January 25, 2016.

It’s all about helping prospective students as young as those in middle school find a career path at South Hills that sets them up for potentially high-demand industries.

It also includes providing training to prepare current students for jobs after graduation.

And those ideas were sparked from his past.

The 51-year-old was named president of the school Aug. 18 after serving as an instructor and technology director at the school.

The son of South Hills founders Paul Mazza Jr. and Maralyn Mazza, Mazza III has been actively involved in the school for most of its 45-year history.

“Three decades allowed me to have intimate knowledge of the school and how it’s run, and have an intense amount of emotion for this place,” Mazza III said.

Upon appointing Mazza III as the president of South Hills, Maralyn Mazza said she was certain the original vision for the school would continue: “that South Hills School would be able to respond to the needs of employers in central Pennsylvania by preparing the school’s graduates for jobs that already existed.”

“The Mazza family will continue to make sure that, at South Hills, the student always comes first,” she said.

Founder and president of the school from 1970 until his death in 2013, Mazza Jr. made it a priority to provide training that would allow graduates to find jobs, a report from South Hills said.

But there was never a solid plan for what would happen with school leadership after he died, Mazza III said.

“He was so actively involved in the school — it was his love,” Mazza III said. “But when you get to a point in life, you don’t want to think about what happens after. It’s tough to think about. We didn’t have a well-defined plan after he died. We just knew we’d find a way to accommodate the needs of the school and student body.”

That took a couple of years, Mazza III said.

Maralyn Mazza initially filled her late husband’s role for more than two years. Their daughter Gina Mazza, who was the director of marketing, filled the vice president position.

Now in his hands, Mazza III said he hopes to build on student success.

“We are a unique beast,” he said. “I have yet to visit another school that does what we do. We give them (students) more than just job training. We provide them with lifetime learning as well because they have an ethical responsibility in the community and in the workforce.”

“The biggest issue we face is connecting prospective students with career opportunity,” he said. “We find a lot of students come up with a career based what they see on TV, and that’s sometimes not realistic. Our job is to help them find their passion in something that’s in high demand.”

Mazza III said he doesn’t expect young teens to know what they want to do after high school but hopes outreach with will influence their futures.

“It’s just giving them something to think about,” Mazza III said.

Photo credit: As president of South Hills School of Business and Technology, Paul Mazza III is carrying out the original vision established by his parents, co-founders Paul Mazza Jr. and Maralyn Mazza, for the school. Nabil K. Mark, nmark@centredaily.com