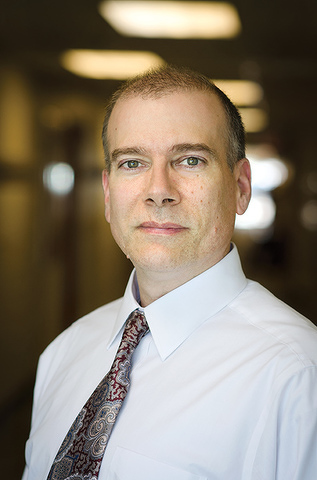 The following article was featured on StateCollege.com for Town&Gown on May 11, 2016.

Paul Mazza III was born and raised in Centre County by S. Paul and Maralyn J. Mazza, who in 1970 founded South Hills School of Business and Technology in State College. Paul was 6 years old then, so little did he know that 45 years later he would be appointed the school’s president in its 45th year.

Mazza, who has remained active with the school over the years, became president in August 2015. The school has 11 specialized associate degree programs, and, in addition to State College, it now has campuses in Lewistown and Altoona.

While Mazza grew up with a passion for the outdoors, during his late teen years he became fascinated with computers. When South Hills moved from Allen Street to the old Boalsburg High School building, he installed the first computer classrooms and taught computer classes that included BASIC programming, Visicalc, and Wordstar. In 1984, he founded Mazza Computer Systems, a company that specialized in designing and installing business-grade computer systems in Central Pennsylvania.

“As a self-employed individual, it was very exciting and very rewarding from a standpoint of being energizing and having great joy in what I did, but it was not going to pay the bills for my family, even though I didn’t have a family at that time,” says Mazza, who now has a wife and five kids. “I was single and I didn’t have much to worry about other than my own belly and my own shelter. But it was a learning experience for me. I didn’t realize it at the time but it gave me the skills that I use every day here in running this school.”

Before returning to South Hills, he had several other accomplishments. For a few weeks every other year beginning in 2006, he teamed up with his brother, David Mazza, to assist in bringing coverage of the Olympics to the Internet. He has been awarded two Emmys as a result of his successful contributions and pioneering delivery of Olympic coverage.

While he had aspirations of his own, he believes that his upbringing had a great effect on his decision to return to South Hills.

“I had a normal childhood in a small town,” he says. “Looking back, it was a phenomenal blessing for me and my siblings to live where we did. It had a safe environment and great opportunities for playtime. But more so than that, we grew up in a family that was always focused on learning, and, I didn’t know it at the time, that was a big part that shaped each of us.”

Like his parents, he’s very community oriented and plans to uphold his parents’ original vision of the school by continuing to build relationships between students and businesses in the surrounding area to ensure that as many graduates can land jobs in Central Pennsylvania as possible.

“If we’re not giving back to the community that our graduates are part of, then we’re not doing what we’ve been called to do,” he says.

He also plans to carry on a legacy of his father, who died in 2013, with the continuation of the South Hills School Music Picnic Series, which begins June 5 this year. Established by S. Paul Mazza 27 years ago, the series features free weekly concerts during the summer.

“When we got this building, my father designed the backyard, as we call it, that has a little mini amphitheater,” Mazza says. “Every summer on every Sunday between Memorial Day and Labor Day, we would have these free music picnics. We’d have lemonade for a penny — and we still do! …  In this community, there are so many opportunities to have events like this and encourage people to get out and meet one another. I guess that’s why people choose to move back here.”