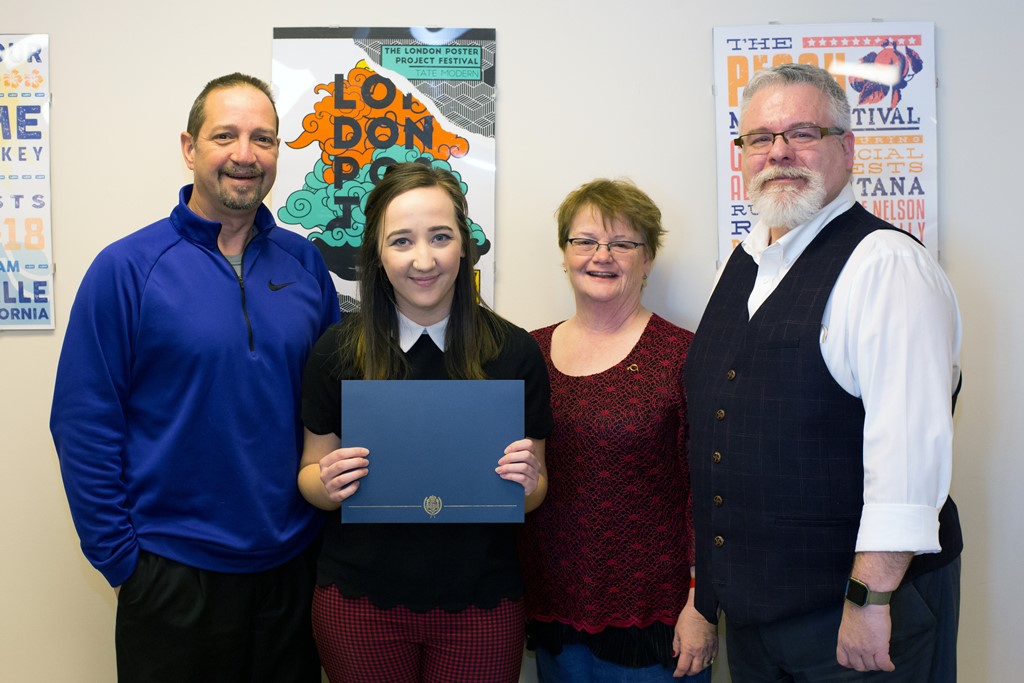 The scholarship was created by the family of Kari Lynn Schlegel, a 2012 graduate of the South Hills Graphic Arts program whose life and untimely death in 2016 touched the lives of many.
The faculty members of the Graphic Arts program were tasked with choosing the award recipient by identifying a current student who exhibits the traits that Kari had when she was a student as follows:

“Kari Schlegel was a vivacious person in the classroom, had a great sense of humor, and we were blessed to know her,” said Ray Liddick, Graphic Arts Program Coordinator. “We chose Hayley as the scholarship recipient because she embodies the spirit of the award. She is motivated and has a positive attitude in the classroom and with her fellow students: the same traits that Kari had when she was a student. We are grateful to the family for making this scholarship available in her memory.”

In August 2017, it was announced that South Hills also memorialized Kari by naming the school’s virtual art gallery in her honor. The Kari Lynn Schlegel Memorial Gallery, which showcases works created by current South Hills students, alumni, and individuals who’ve completed Lifelong Learning courses at South Hills, may be viewed online at www.southhills.edu/gallery.