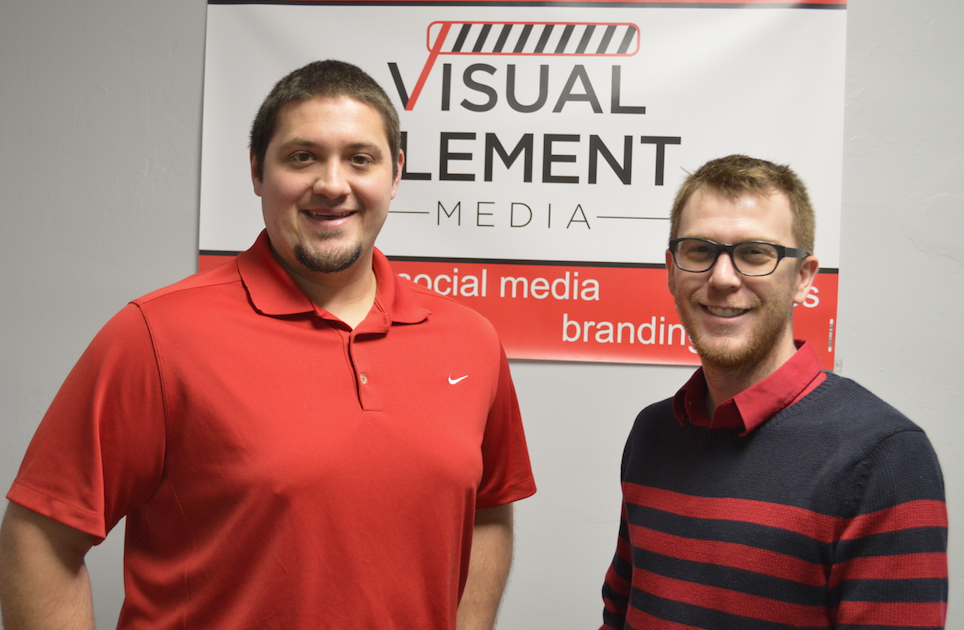 “Dreams are only dreams until you put them to work.”

EBENSBURG -- Scott Cunningham is living his dream as the owner of Visual Element Media, a company located in Ebensburg, PA that specializes in creating content media, including video production, graphics, photography, website design, and maintenance. Scott is an enthusiastic entrepreneur who graduated from the Altoona campus in 2009 in the Business Administration – Management & Marketing program.

Even at the age of 18, Scott came to South Hills with a firmly held goal of owning his own business. While a student, he generated a client base for his dream career by filming videos for local businesses.

When required to create a formal business plan in his second year of study, Scott went right to work creating a plan he knew would be implemented directly after graduating from South Hills. This enterprising 20-year-old businessman immediately took full advantage of his education, training, and business plan. Visual Element Media became a reality.

For Scott, owning his own business is more than setting out to make money. A large part of his reward comes through personally coaching his clients to freely and creatively draft a plan for an end-product that conveys the true message of their business through social media. Even his reasonable price-point is intentionally calculated because Scott thrives on producing websites and videos that best serve the requirements of his clients. He loves watching their reaction when he shows them the finished product, and their dreams come to life.

As the workload grew for Visual Element Media, Scott knew it was time to take on his first employee. In 2016, he attended the South Hills Network Career Fair in State College, where he interviewed candidates to join him for a summer internship. He found the match he was looking for in Thaddeus Peachy, an Information Technology student from the Lewistown campus. For Thad, this also was his dream job and he was greatly appreciative for the opportunity to intern as a website designer. While taking a class in WordPress in his second year in IT, Thad found his passion for building and designing websites. The specialized training made him realize he enjoyed this particular focus within the broad spectrum of other careers available to him in IT.

Upon completion of his that internship, Thad was hired as a full-time employee as Website Designer and IT Specialist. His job duties include creating new websites as well as maintaining websites for his clients. Thad said he enjoys working with the broad array of businesses through Visual Element Media and he commented, “It’s rewarding to put my all into making a new website appealing for the diverse array of our clients.”

To make this story come full-circle, Scott recently hired another South Hills associate, Sarah (Strouse) Brawley who took business classes at the State College campus. As their new Digital Media Consultant, Sarah brings a wealth of marketing knowledge and experience to the growing media-content business. With the hiring of Sarah, the South Hills circle was completed as all three campuses of South Hills are now adding to the success of this growing enterprise.

While developing his workforce and business, Scott Cunningham continues to be a thinker, and his latest goal is to be a part of an entrepreneurial revival to inspire young people by giving them the tools to succeed in business. To encourage others, Scott developed a motivational video titled, “Wake Up Entrepreneurs,” a first of many videos yet to come. He additionally plans to launch a series of workshops for new start-up businesses.

When Scott and Todd were asked what advice they would give to other South Hills students, Scott commented, “In my classes at the Altoona campus, I was routinely given business projects that helped me learn to problem-solve and think independently. To date, I have worked with close to 120 different businesses and industries, so I’m also grateful to have learned the value and importance of developing personal skills so I can effectively interact and communicate with my clients.” He continued, “It is part of my duty as a designer for social media, to mesh with people and develop relationships that are trustworthy and long-lasting to develop and maintain their business.” Scott said he quickly learned, “the client’s success becomes your success.”

Thad had advice for IT students. “Be confident in the material you learn at South Hills because the classes and instructors help you learn how to solve a broad variety of IT problems that might come up in your job. South Hills gave me the tools to know where to look for the answers I need in the real world of IT.”

Over the past eight months, as Thad has “gotten into the groove” at Visual Element Media, he stated he has grown in confidence to tackle the daily challenges in his field. He thanked the instructors at South Hills for giving him a broad variety of IT classes - from database management to server hosting, because he uses those parts of his education every day on the job. Social media is a field that is constantly growing; one that requires constant learning and research to stay up with the latest trends.

Scott Cunningham is thoroughly enjoying living out his dream and ended the interview with these honest thoughts. “There are many benefits to being your own boss, but anyone thinking of taking this independent avenue must realize that being self-employed is hard work.” Scott’s advice to young entrepreneurs is, “Your destiny is in your hands, so don’t take it lightly.”