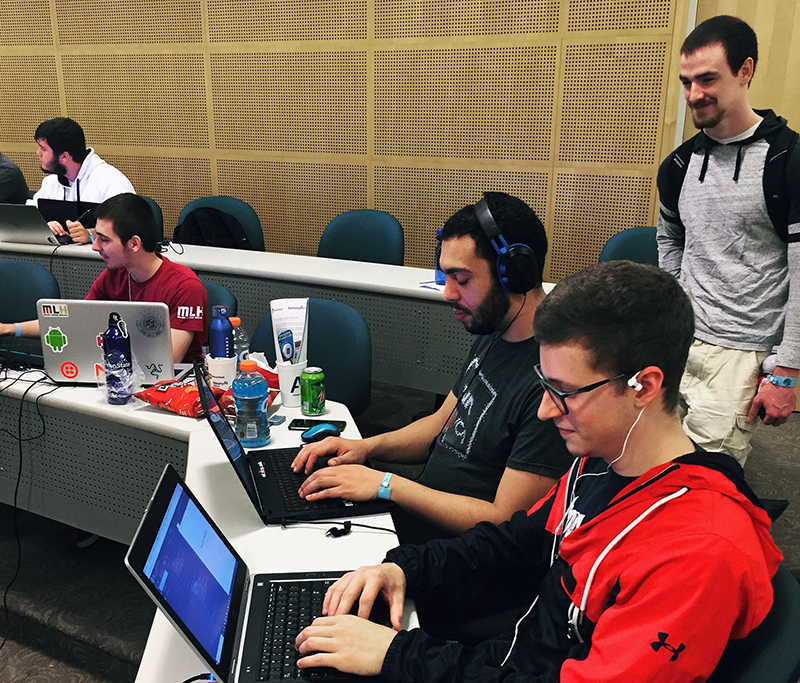 ALTOONA — In early October, Information Technology (IT) program students and faculty members from South Hills School of Business & Technology’s Altoona and Lewistown Campuses participated in a creative 24-hour learning experience at the HackPSU Fall 2018 event hosted by Penn State University. South Hills IT students joined the collaborative venture with 700 other students from across the nation to compete as teams in technical and design skills challenges.

Teams were made up of individuals of all experience levels and competed for prizes of up to $500.  Participants also had the opportunity to participate in numerous workshops offered by leading technology companies and industry experts such as Neural Network Security, Human Centric Design, and Hacking Amazon Alexa.

Guido Santella, IT Instructor at the South Hills Altoona Campus believes in exposing students to opportunities like HackPSU and said, “We try to get the students involved just to get a feel of what it is like to work on real projects and collaborate with others to build with new technology.”

Another team of first-year students (Polly Frantz, Shedaisy King, Jason Schopp) worked on the HackPSU Design Challenge which consisted of designing an app for park rangers of the National Park Service.  It included mocking up a user experience for the app in Adobe XD. Click here for details of their project. 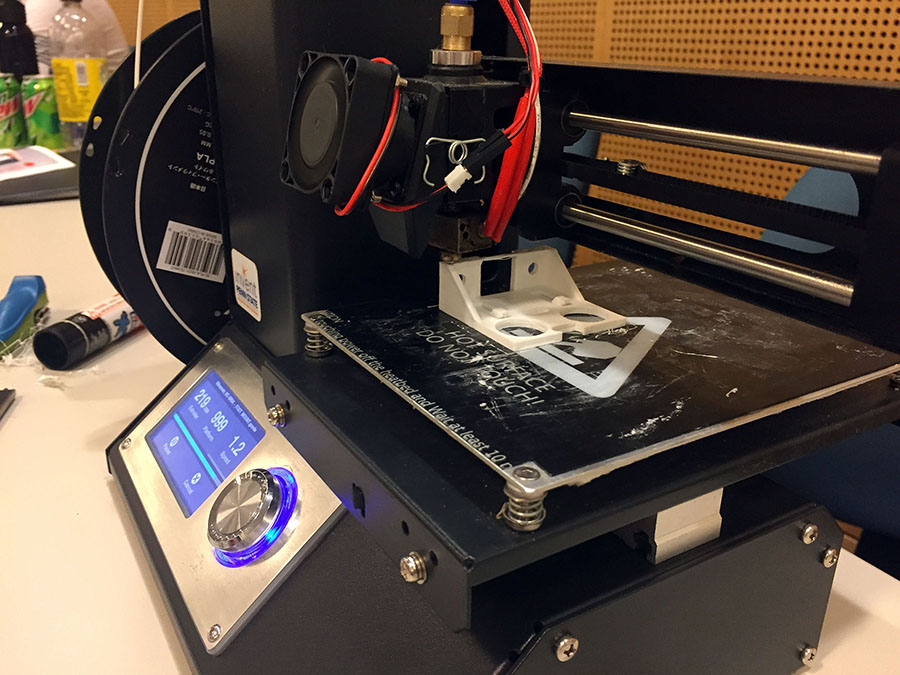 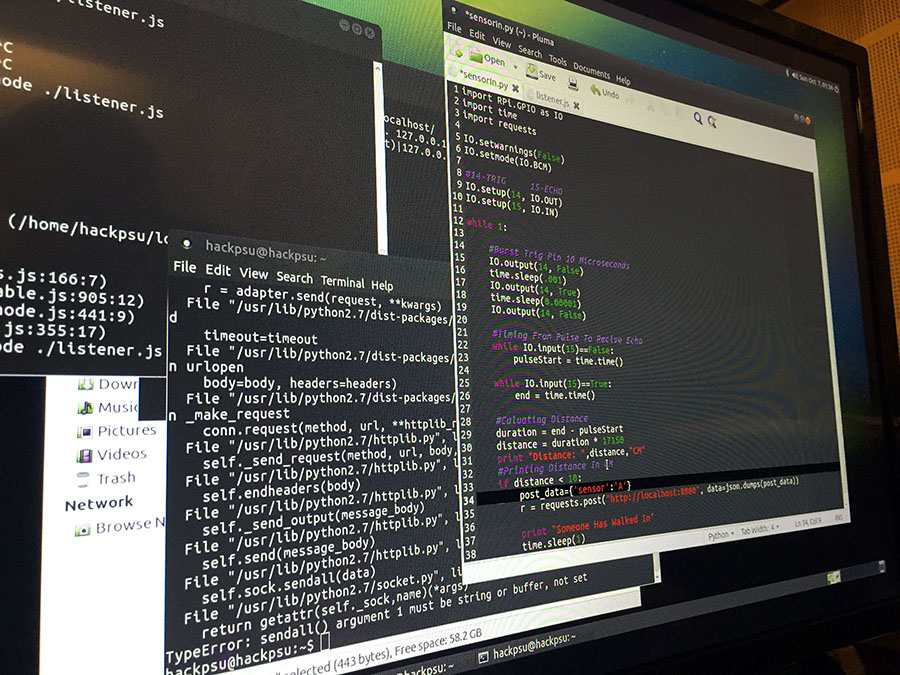 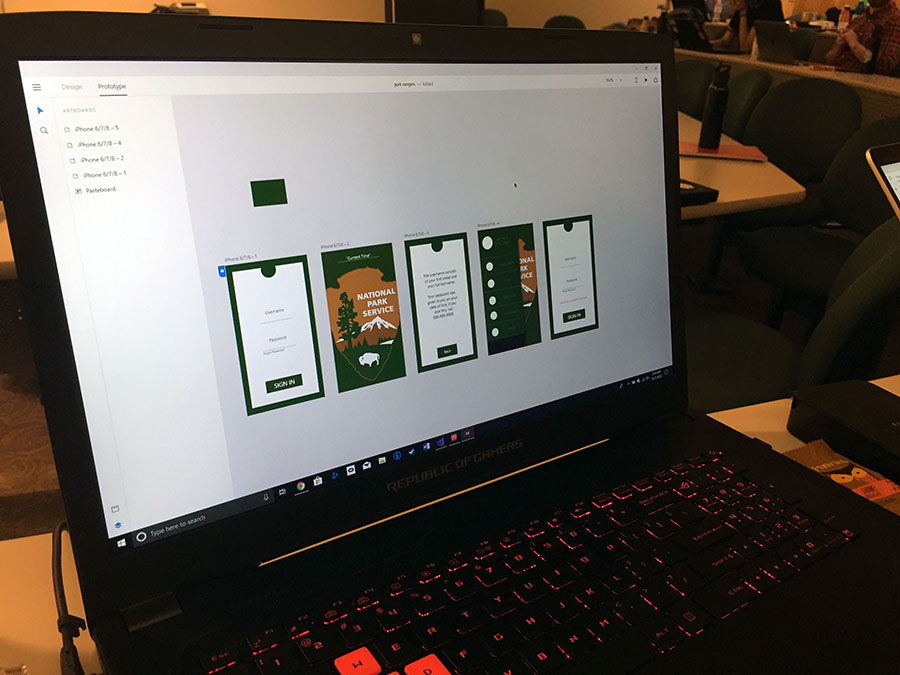 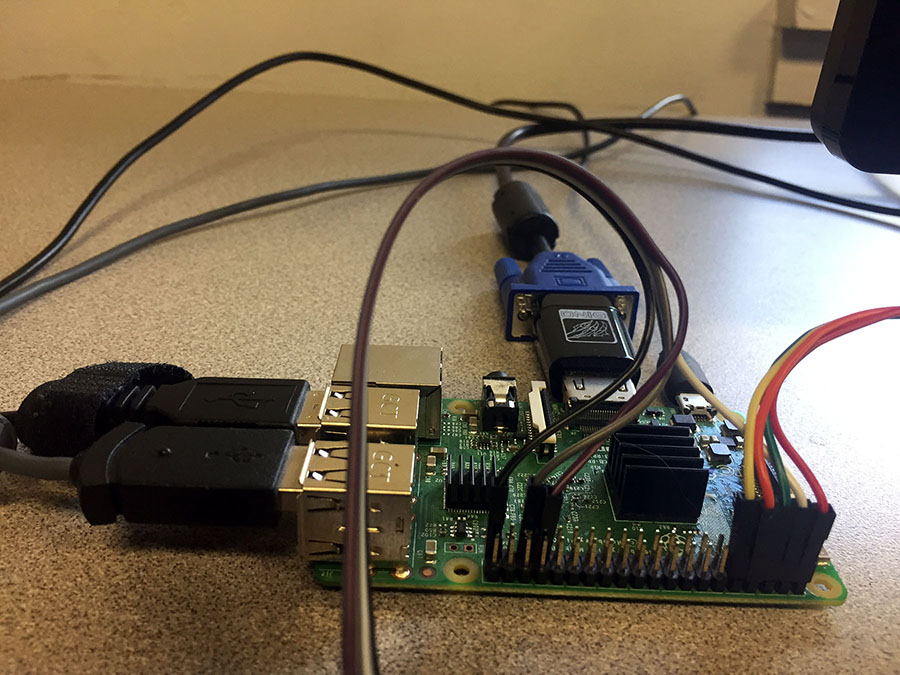 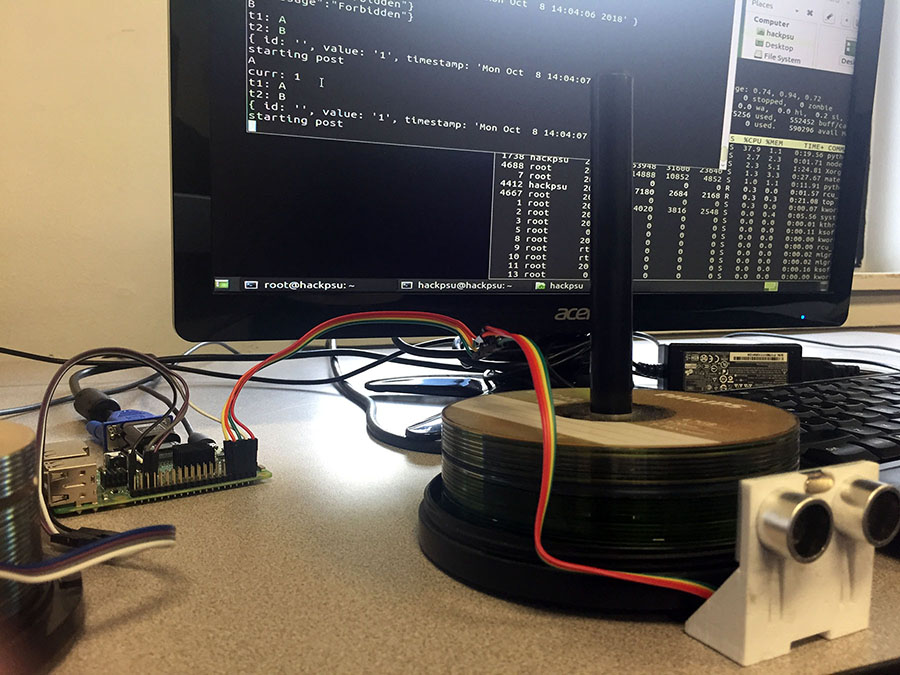 Smart doorway sensors in use 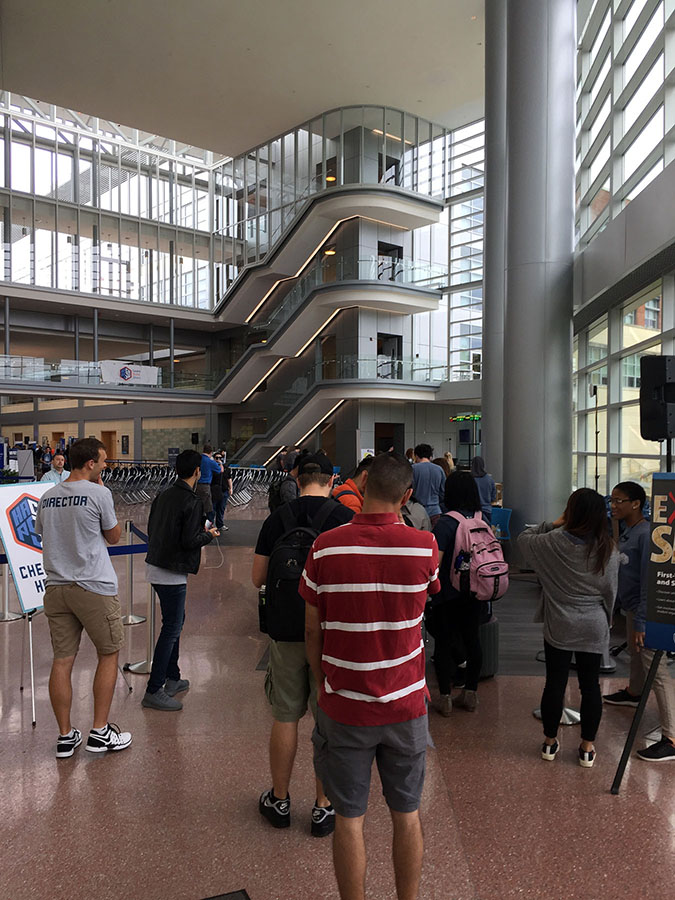 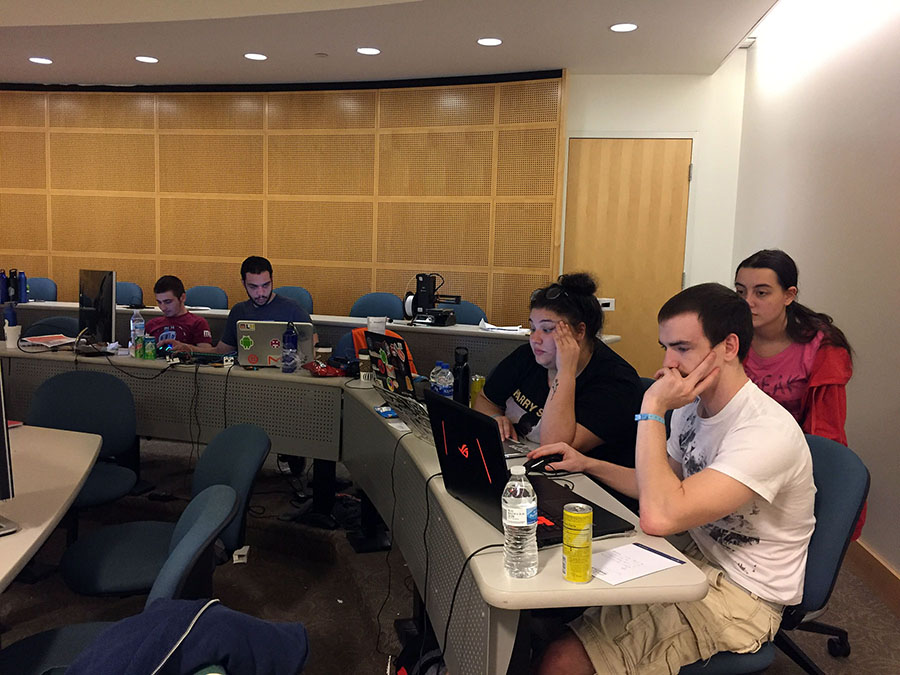 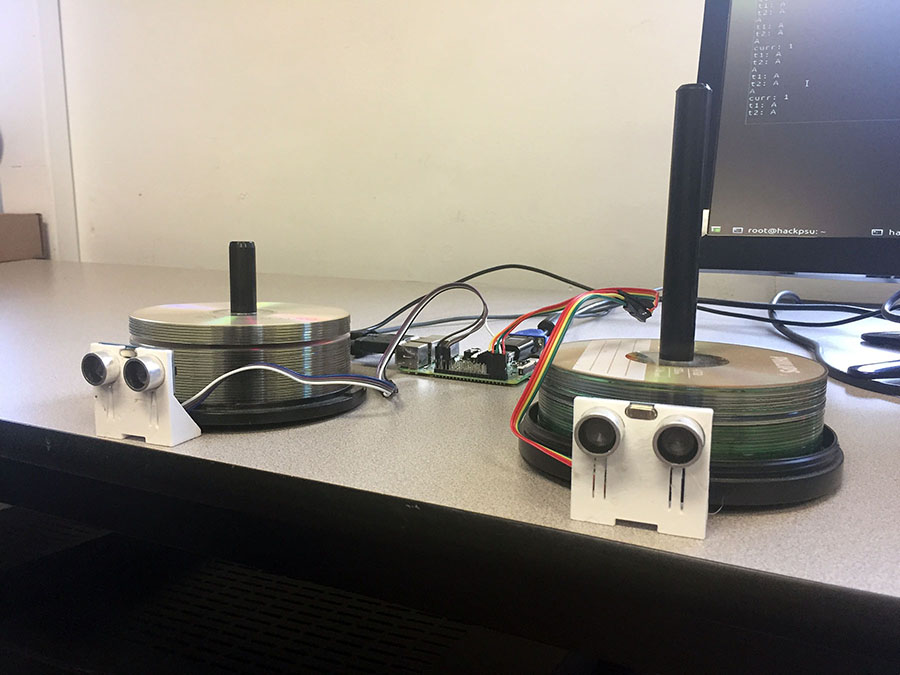 The setup of the smart doorway sensors 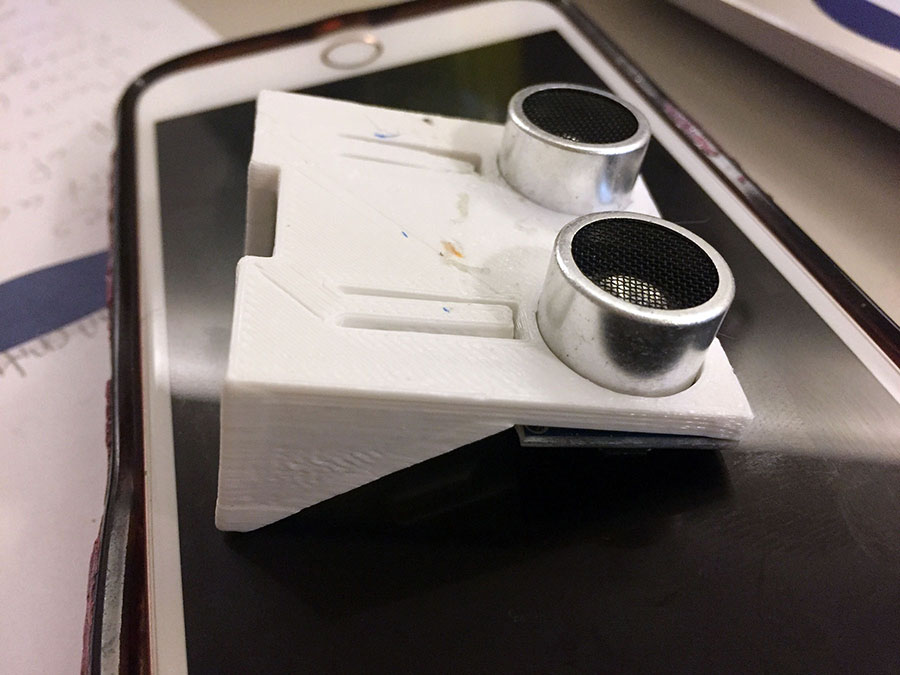 The sensors for the smart doorway 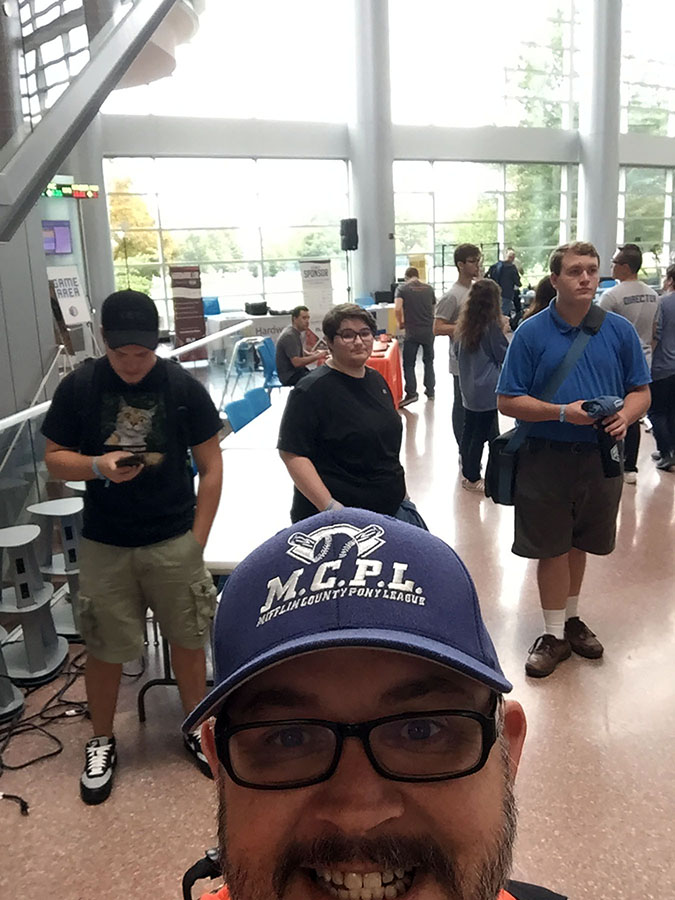