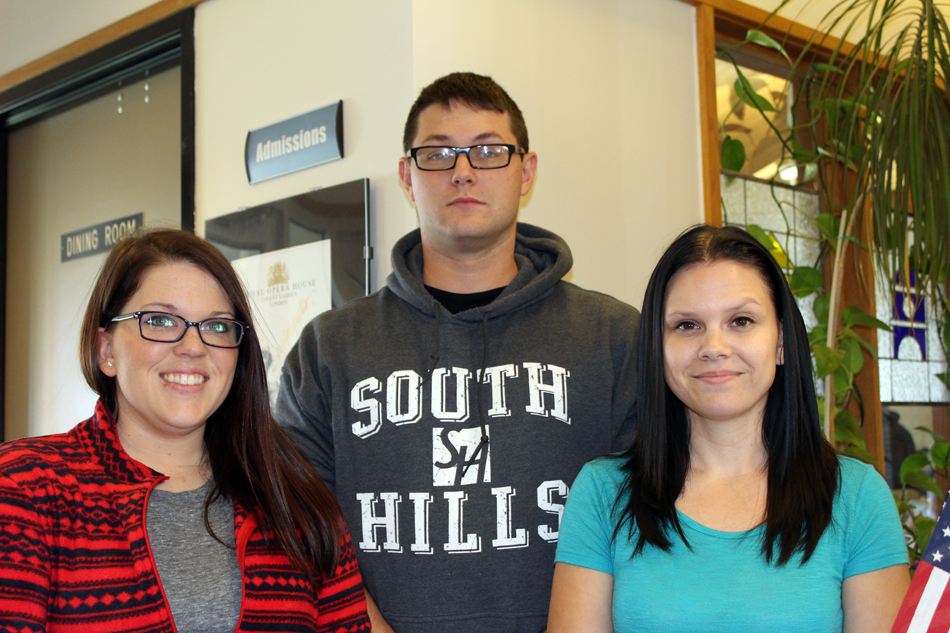 The following article was the “Education” feature on Centre Daily Times on Veterans Day, November 11, 2016.

STATE COLLEGE — For some people joining the military, the service is a lifelong career.

For others, it is the first step on a road that will lead them to a new career.

Some of those journeys wind through South Hills School of Business and Technology.

Christiana Jenkins, 24, is from Maryland. For four years, she was in the Navy, launching and recovering aircraft on the USS Ronald Reagan.

Today, she is in State College, learning diagnostic medical sonography.

Kara Stoner, 24, is a New Hampshire native. She met her husband in the Army, and that’s how she came back to his home in Centre Hall.

After three years serving with the military police, she is now pursuing health information technology.

“Ultimately, I wanted to go back for my family and my son,” she said. Her little boy will be 2 in December.

Brian Fayman, 26, is still in the service. Also an MP, he serves in the Marine reserves.

“I wanted to further my education, present more job opportunities. Most jobs, you need some type of a degree,” he said.

Fayman said he had a “lack of desire” to pursue a degree after high school.

“I wasn’t ready personally. I had to grow up a little bit to want to go to school,” he said. Now he intends to finish his degree in September before getting a job and going back for his bachelors degree.

Jenkins tried school, but found college wasn’t her path. She needed the structure of the military. It was the Navy that showed her she could do more with an education.

“I knew that I had the mental capability of studying for a program like that,” she said. “I knew that I wanted to be able to use my brain and my knowledge. I’m a problem solver.”

She encourages other veterans to take advantage of the educational benefits they have after service.

“Every chance I can, I encourage people to go back,” she said. “To not take advantage of the benefits is just doing damage. It’s free college. It’s 100 percent worth it.”